In October 2018, we celebrated the ten-year anniversary of Westfield London.

2018 has been a landmark year for this Unibail-Rodamco-Westfield flagship. The shopping destination has undergone its most significant transformation since it opened in the British capital ten years ago—it is unveiling an expansion that heralds its latest phase in revolutionising the face of British and European retail.

With this expansion, Westfield London is the largest retail centre in Europe and will solidify its position as the go-to retail and entertainment destination for locals and international tourists alike.

In ten years, the shopping destination has welcomed more than 270M visitors, generating over £9.2bn in sales. Sales have grown by 52% and footfall has increased by 25% over the past 10 years, demonstrating the enduring importance of retail in London and its value to the wider economy. 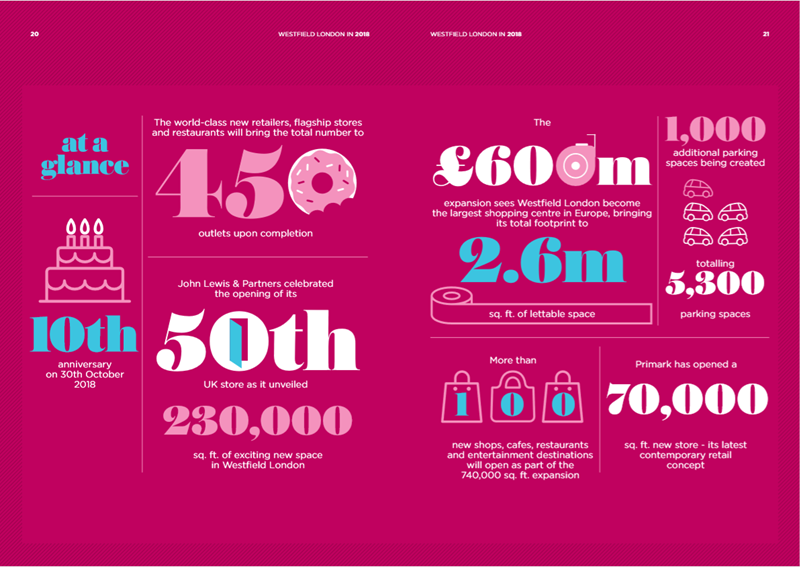 Westfield London has made an unparalleled contribution to London’s economic, business and retail landscape. It has notably been a catalyst for the £8bn redevelopment of the wider White City Opportunity Area in the London Borough of Hammersmith and Fulham. Unibail-Rodamco-Westfield will directly contribute over £200M to support the successful development of the White City Opportunity Area in particular improvements to infrastructure, education, skills and public realm. 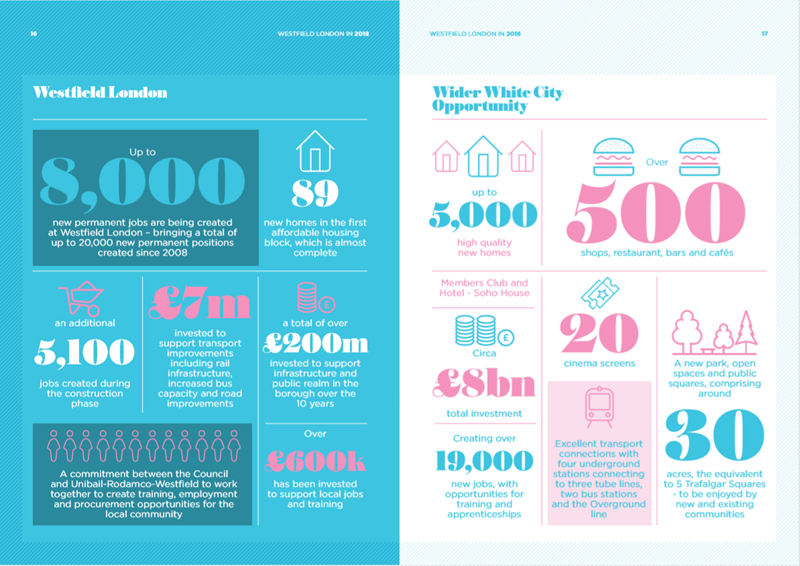 
A birthday to remember

Hundreds of people gathered at Westfield London on October 30 to celebrate this milestone anniversary. Hosted by James Corden and featuring live performances by Rita Ora, Liam Payne and Rudimental, as well as a firework show, the event was a great success! In our centres, ‘tis the season to be jolly!